Saucy is (Diversity x Infinity) ^ ∞ which means "Get any value you want when you want it, and pay what you want for all of those values on a daily, weekly, or monthly basis." For example, for workouts go to /gym, for wine note taking go to /wine-tasting, & for traveling go to /discover. Cancel anytime.

Saucy is built on Svelte & Sveltekit, the fastest framework in the world, and our security is world-class thanks to Cloudflare/Github for development & Chargebee for billing. The platform is a super customizable progressive web app (installable) with no ads whatsoever.

Saucy has 3 YouTube channels with 500+ videos each. Vlogs | Stories | PSN and also 13,000+ upvotes & 76 collections on Product Hunt. The word saucy means to have a life that's neither ridgid in shape nor direction, like sauce. Diverse and infinite.

If Facebook can make billions of dollars misuing user data & NFTs can create a billion dollar market for free images, Saucy WILL make ∞ because we are for the people, and we give the power of (Diversity x Infinity) ^ ∞ to you.

We have you in my mind in every decision we make, to ensure you have the best experience here as possible. If there's something we don't have you would like to have please let us know.

The future of the universe depends on you subscribing right now. 🎉 Saucy is all about vibing & paradise for all. 🌴 Anything new can come to Saucy at any time. 🦄 Everyone is welcome here, no matter who you are. 🌈


All Saucy merch can be found here. 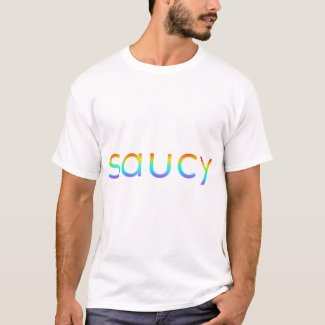 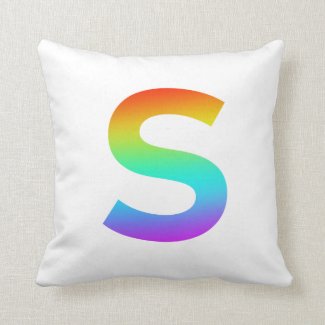 All Saucy NFTs can be found here. Use code "saucyy" in the item shop on Fortnite.

Sign up here. Link your debit card or bank account to your Cash App account and send $5 to a friend who uses Cash App within 14 days.


Click the surveys tab again to show surveys.
Check the widget on the side for surveys.

​On June 26, 2009 the YouTube channel 96TennisAce was created for the purpose of fake falling & slingshot videos. Fast forward a few years, and the channel was renamed to Saucy Saturday, to create inspirational & entertaining vlogs. Because it's important to relax in life, but also be inspired to be better. The websites 96tennisace.net and saucysaturday.com were both created to promote the YouTube channel. Also, Saucy Saturday created its own Patreon page so that its fans could support it.

The inspirational side of creating YouTube videos started to form this sense of a "greater community", so Saucy was created a Slack group and added a ton of discussion boards to it. In fact, 2,400+ to create a network where anyone could talk about anything at any time. It's different than a social network, because everyone is talking in the same user interface, just in different rooms.

A community has to have values, right? After several days of brainstorming, Saucy decided that "Support diversity. Think positively. Love unconditionally." would be the values it wanted to communicate to make a difference in the world. Like a mindset, that people can apply to every day situations, to create the best outcomes possible for their relationships, health, wealth, and happiness.

Realizing YouTube wasn't going to be enough to run a company on, Saucy moved off Patreon and started to put rewards on the website, like access to the Slack group for those who supported Saucy on YouTube. On July 16th, 2016 Saucy officially started as a business at Sauc.io (later to be renamed Saucy.io), with different rewards under categories called sectors. Later on, the community rewards were added. Life is all about who you are, and where you fit into the greater community.

Saucy combined its community & individual rewards into a larger idea: a happier world. It's mission is to let everyone experience their happiness by connecting them to the only infinite online universe. Saucy is an open source web application with virtual tools, services, resources, and products that create happier people.

The Saucy web app grew by over 300% and was optimized to be blazing fast. Lots of animation was added all around the app. Improvements to accessibility & viewability were added as well. There is now daily content in every section, and a variety of it as well to keep you hooked. Now the app is about fulfilling every part of all your needs & creating unlimited meaningful moments. The app is centered around you and ensuring you have the best experience possible.

Saucy is now Diversity as a Service, providing infinite value to everyone. The beautiful UI and search creates a fun and interactive time for daily users. Instead of the whole app being in one unified dashboard, it is all on various pages. This is great for SEO as well as creating a fantastic experience.

Saucy is Diversity as a Service (DaaS), & delivers infinite value to you, fulfilling all your wants and needs​. It is pay what you want daily, weekly, or monthly.

Saucy went from Weebly (website builder) to Github (open source) to have full access to the world of programming and code.