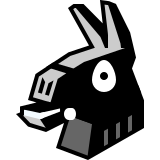 Be part of the SaucyFam.

Subscribe! :) It's the most important & first thing you should do! Any amount daily, weekly, or monthly. Saucy welcomes everyone, no matter who they are, with open and loving arms. We hope you have an amazing day & enjoy using Saucy. Please consider supporting us. Thank you.

The Saucy Foundation is dedicated to getting rid of trolling, bullying, and harassment forever all over the world. We work with the FBI and local governments to ensure proper charges get filed for anyone violating the laws. Anyone who participates in unlawful trolling using someone's name without their permission posting about anyone to defame their character, targeted harassment, and bullying will be charged accordingly to the fullest extent of the law.

We will be reporting anyone across all social media to law enforcement agencies who troll, bully, and harass anyone else. Saucy takes this very seriously. You are not allowed to virgin shame, body shame, shame anyone for their gender, and so much more. It is one of our biggest missions, to eradicate this type of behavior from the internet forever. Trolling, bullying, and harassment is a crime, and it's about time people are charged accordingly. It's no different than drugs or anything else. If you are doing it, you are committing a crime and you will be investigated by your local authorities.

The people who deserve to be famous on social media never are. The actual famous people typically are half naked women, clickbaiters, scam artists, little confused kids who think they're hot, and so much more. Let's create a social media experience where the people who actually make great content and the real artists, get to be famous.

Influencers. They're a huge problem. Young kids (6-11) are dressing up like 28 year olds. Kids are doing adult things, and being exploited by their parents for money. When I was 12 I was playing outside, not on my phone modeling. It's disgusting. You have TikTokers talking openly about sex and condoms and simps and all this bs. So many terrible influencers that should be banned. We need real influencers that make a positive difference.

My entire life (I'm 25 now) I've never been able to find a decent girlfriend. I've looked every day for 15+ years with no luck. Unfortunately people have no respect. They think they're better than everyone, and they never reply. If they do it's a simple no. No one will get to know me for no reason. It's dumb.

Basically it's the feeling of never being good enough for anyone. All women want is sex and money nowadays. They're usually mean too and virgin shame me, and slept around like crazy. I've talked to thousands of women and not one even would go on a simple date with me. Dating apps are crap too. You have to pay for everything. And social media doesn't work. I'm weird if if I say "Hi" and I hate bars and meeting people that way. Plus I live in a small city. So nope. Not gonna work, ever.

Going to Cleveland, OH and back to where I live over and over has prove to me that I live in a locality I do not care for. It's boring here, there's nothing to do, and most people hare are either talking crap or doing drugs. It's a rough area.

Cleveland is superior in every way. The food, entertainment, metro parks, housing, modern feel of it, artwork, the people, the culture. I've found this to be true with New York City and Las Vegas I have been to as well. They are so vibrant!

>People having kids at 16 should be frowned upon, not normal. Young kids dressing up like adults and hookers should be frowned upon, not praised. The average age to lose virginity is 16, it's disgusting. I'm 25 and have never had sex, yet alone a child. I actually have morals, unlike 99% of people. Social media is not a popularity contest, stop acting like you have to show off to be normal. I've found not posting anything has made me happier and staying away from comparing myself to others. So many fake people out there, I only follow people on social media who are authentic and create quality content.

College is like a scam version of the free internet. You can learn everything for free online. You don't need a college degree. In fact, the richest people in the world say they don't hire people with degrees. You're going into debt for nothing. Also, it's a complete waste of time.

Also, why is college all about sex? And alcohol? When I was in college I was studying. Although I didn't agree with the idea of college, I actually have morals. Unlike 99% of people who just sleep around with people and go to parties. Normal and boring. So typical nowadays. Thank God I'm 25 and virgin. Unlike everyone else.

Nobody wants to work, and nobody's happy with their job. If you are, you're extremely lucky. Jobs are unethical, and modern day slavery. Everyone works, but clearly there are better and healthier ways of doing something you're passionate about.
Jobs are for robots, not human beings. We were never meant to work for anyone but ourselves. Start a business. You may struggle but you'll be way happier doing your own things.